The Descendants: When our family met the LPUK family - Jayne Ansell

This year’s birthday party was a very special event for us. I mean, all the LPUK events are special, but this one was additionally so, because this year the whole family would be joining us. Both sets of grandparents, sisters, husbands, cousins – they all would be coming this time to see what all the fuss was about.

We set off early doors (we live on the South coast) and the group of us convened at some services. Hugs, kisses, laughter, nan wars for Henry’s affection, teas, coffees, a cheeky bacon sandwich and we were on our way, waving to each other on the motorway as we passed each other (safely, of course).

We arrived at the hotel and found our way to the central room, where the party was in full swing. I suddenly felt like Harry Potter in Diagon Alley: I wish I’d had eight sets of eyes to take it all in. Instantly, my mum was buying lanyards (‘How many do we need? How many of us are there?’), my mother-in-law was buying Henry sweets, and I was hastily trying to hug and kiss friends I hadn’t seen in an age while trying to get my bearings.

Within moments, Henry’s 10-year-old cousin Evie was off getting her nails painted; my sister-in-law and her husband were ordering a Babygro for their expected; and my dad, ever the business man, had found someone who lived near us and was giving them a business card in case they ever needed some paint (he works for a decorator’s merchants).

Henry found the beads stall; then, taking full advantage of everything laid on for him (as most kids do), decided the most fun thing to do would be to run up and down the slope in the corridor.

Then my sister and her little boy arrived, and Henry and Ralph tore up and down the corridor until they both fell over in a heap, laughing.

It was manic. But everyone was having a ball.

Lunch. The party room opened. I ate my weight in popcorn and then won (by a landslide) the horse racing game, only for my win to be undermined when I moved to another horse and realised, yes, the thing probably wasn’t working. We moved to the play-dough, to the photo booth, to the stalls (where the main game was trying to stop Henry stealing sweets off the table).

Then room check-in. We found our rooms and Henry opted to play in the grandparents’ room (score), and there was silence.

I made a cup of tea and sat down for five minutes. And that was when this feeling swept over me. Now, anyone who knows me will know I’m not a soppy person. Emotional, yes, sensitive, definitely, but not soppy. Romantic cards make me laugh, not cry. But I had one overwhelming feeling of…. Awesomeness.

Our family were awesome.

Of course, I already knew this. But them all being here, supporting our boy just confirmed this.
It hadn’t been an easy ride since Henry’s diagnosis – hospital appointments galore, recurrent chest infections, pneumonia, and me falling ill too as a result of all the worry – and yet our family had been there every step of the way.

Add had all our LPUK family. They were awesome. Answering my many (many) questions online, sharing the triumphs and the hurdles, and where possible, meeting up for play dates.

I watched my family and LPUK family attempt to line dance with a happy feeling that evening: gratitude. It was like being on holiday, slowing down and taking a moment to admire the view: LPUK was great, my family were great, and I couldn’t be more thankful to be part of both. 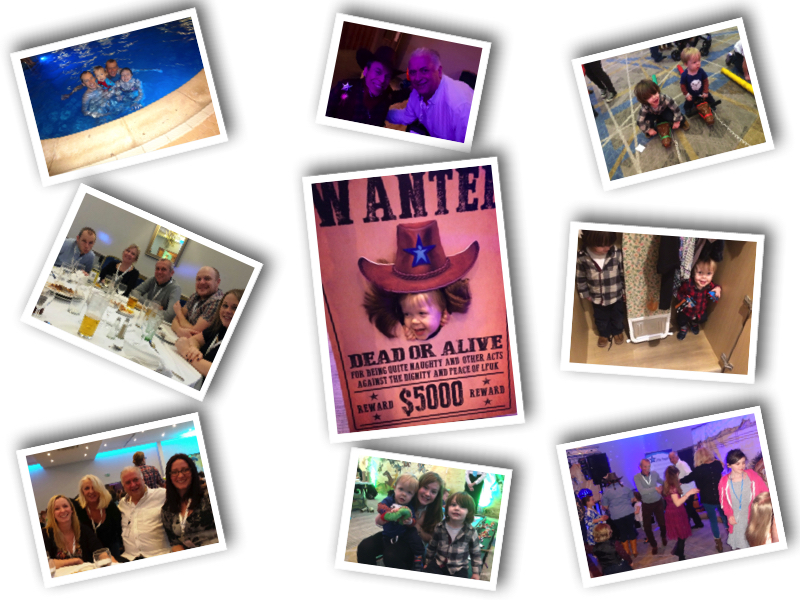