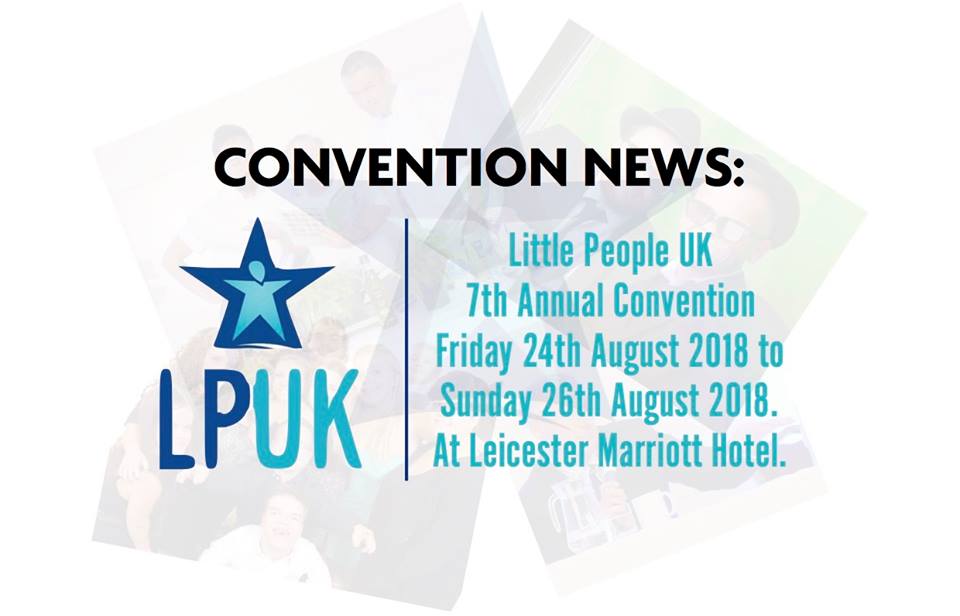 Little People UK recently held their 7th Annual Convention, at Leicester Marriott Hotel, and what a great weekend it was.

We had almost 300 attendees, including 16 new families, many people attending for their second or third time and some people who have been right there from the beginning.

We were delighted to see everyone, young and old, new and not, we hope everyone had a great time socialising in a safe environment, making new friends, new memories and finding answers to some questions they may have had for a long time.

There were lots of activities, workshops and great entertainment, such as LEGO, Laser Tag, Xbox FIFA tournament, cooking workshop and the pinnacle of it all; the 5th Little People UK Medical Panel.

The weekend started off with a chance for new members to meet each other and some of our committee members, where people were introduced and ? following on from this was a fantastic game of Quizingo, where members tested their knowledge and their luck to earn some prizes, this was wonderfully hosted by Warwick Davis, who had many in laughter with his excellent Bingo calling skills. The main event for Friday evening was our In Conversation with Sinead Burke, Sinead is a blogger, activist, teacher and … she spoke at length to members about her work and advocacy as a person with dwarfism, giving ideas and suggestions of how we can all help, working together to create a better social and physical world for people with dwarfism. The evening was rounded off with a fantastic DJ set by DJ Elliot, who came all the way from America to entertain the LPUK crowd.

Saturday started early with our AGM, where members were given a ‘run down’ of Little People UK’s activities over the year, followed by election of the 2018/19 LPUK committee. The AGM was followed by our wonderful medical panel, with specialists knowledge of dwarfism, this year we had the pleasure of welcoming Mr Latimer (Orthopaedic surgeon), Mr Crawford (Neurosurgeon), Mr Snead (Opthalmologist), Mr Morland (Anaesthetist), Mr Suri (Geneticist), Tamsin Brown (Paediatrician), Dr Walters (Psychologist), Sara Taylor (Physiotherapy) and Matt Taylor (Mindfulness), the medical panel once again allowed members to ask pertinent questions regarding themselves or their children regarding dwarfism issues, the medical panel members then also participated in 1-to-1 consultation with our members to help them by offering individual advice. Whilst the medical panel and consultations were taking place there were many other fantastic workshops, including; LEGO - Build The Change, where members worked in teams with the fantastic LEGO playmakers to build some fantastic designs to complete the brief, Laser Tag - where attendees were able to participate in a fully accessible game of skill and tactics, pitting their wits against each other to come out victorious, Chef James - a fantastic workshop where Chef James offered an interactive opportunity for our members to learn how to make some quick, easy, healthy and tasty meals, FIFA Xbox tournament - where children were able to test their gaming skills against each other in a day long tournament, Kids Zone - where children had lots of activities in the pirate themed room, they could make flags, hats, treasure chests and there were several other activities and stalls for all throughout the day including sweet shop, tom bola and raffles.

Once again Saturday night allowed us to celebrate all the excellent fundraisers within LPUK, with our annual certificate giving, we also held the second annual LPUK #PositivelyUnique Awards, where we had the opportunity to celebrate 3 members of LPUK, who have done something incredible; this years winners were Ellie-Mai James, Jemma Hart and The Crammond Family. Saturday nights entertainment was the fantastic illusionist and magician Chris Cox, who displayed some fantastic, mind blowing tricks, there were some wonderful volunteers who were equally blown away. This was followed once again by a fantastic DJ’ing from DJ Elliot, where members were able to dance the night away having fun and making memories.

The fun on Sunday continued with the fantastic Bear Grylls Survival Team who brought along a climbing wall and gross eating challenge, members young and old had a great time, unfortunately the weather put this on hold with a huge downpour, which also unfortunately cancelled LPUK’s annual rounders game. However we were once again able to finish off the fantastic weekend with the Sunday Roast and opportunity for members to sit and chat, before saying their goodbyes.

Thank you once again to everyone who attended, the medical professionals, workshop and activity participants, and most importantly our members, we hope you all had a great time and we look forward to seeing you all again next year. 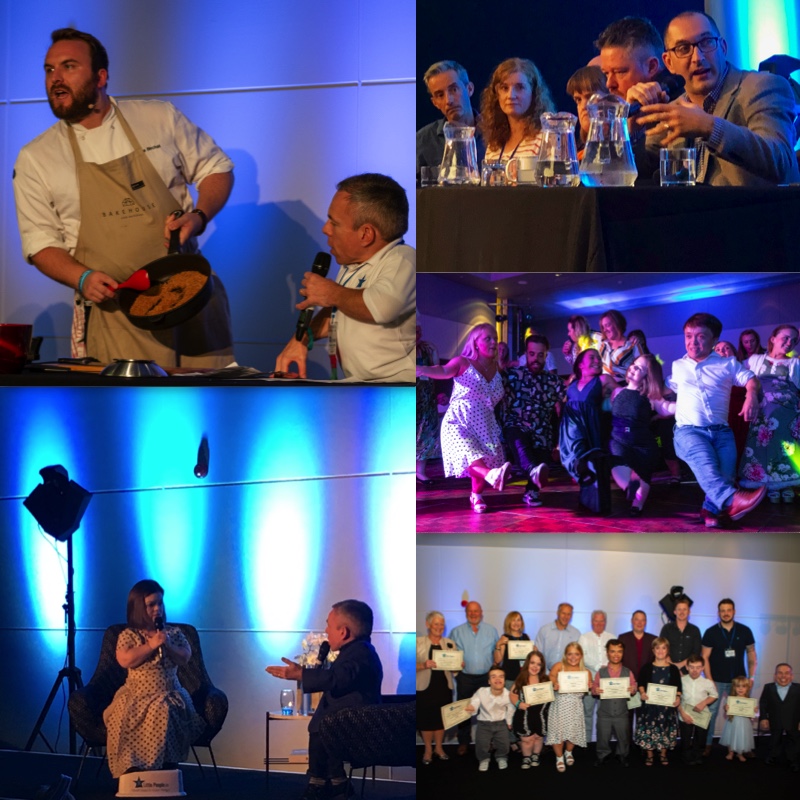