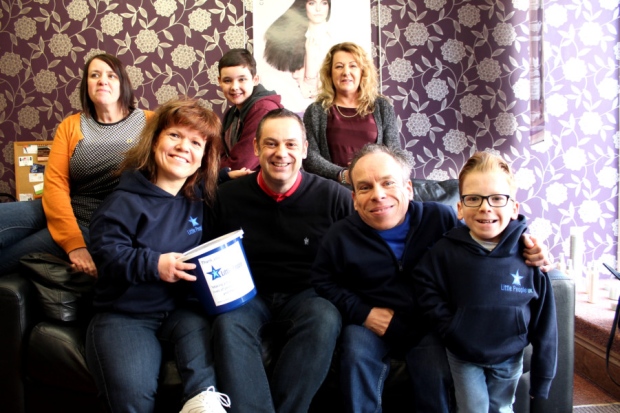 Richard is a school friend of Sam and after seeing her nominated for Inspirational Women of the Year 2014 on ITV’s Lorraine, decided to get in touch, with his intention of running the London Marathon and raising funds for LPUK.

Richard previously explained: “I ran my first marathon whilst at junior school at the tender age of nine, although the distance was spread over a few days running! I have since run a further seven full marathons, Dublin twice, Edinburgh twice, Nottingham, Chester and London along with numerous half marathons, 10k's, 5k's and also a couple of kilomathons too! I'm not the best runner in the world by a long shot, but I have enjoyed it over the years and in my final marathon I'm hoping to finally crack the sub four hours time, but that remains to be seen!”

Along with Warwick and Sam, reporters from The Louth Leader and The Grimsby Telegraph were there during the launch to encourage support.

This will be Richard’s ninth marathon and possibly his last, and he has set a target of £2,000.