What a fantastic time was had by so many at the Dwarf Sports Association UK National Games over the weekend of 1st-4th May 2015, despite the unpredictable weather there were over 190 athletes competing over 4 days of high quality sports.

Dwarf Sports Association UK National Games are held every year and give the opportunity for everyone with dwarfism to compete on an equal level, at a variety of different sports including; Powerlifting, Swimming, Shooting, Athletics, Football, Table Tennis and Hockey. Every age group is catered for with young children in the Junior age group right up until the adults in the Masters age group.

The weekend started with everyone gathering at the hotel for registration and meet-and-greet, followed by an atheletes meeting and the first event of the weekend was the very intense Powerlifiting competition, after which was more time for everyone to reacquaint and look forward to a great weekend.

Saturday was an excellent day spent at Alexander Statdium, where all of the Track and Field events take place; these events include 100 and 60m runs for adults with a 10m dash for the younger children along with the Field events of Shot Putt, Javeling and Discus with the equivalent Cricket ball and Frisbee throw for the youngsters.

Although the weather this year on Saturday was not favourable, there was a huge turnout to support all of the athletes competing in these events, with many medals won and an abundance of happy faces. There was even a special appearance by Paralympic swimmer Ellie Simmonds and LPUK patron Warwick Davis helping to give out medals to all the deserved winners. 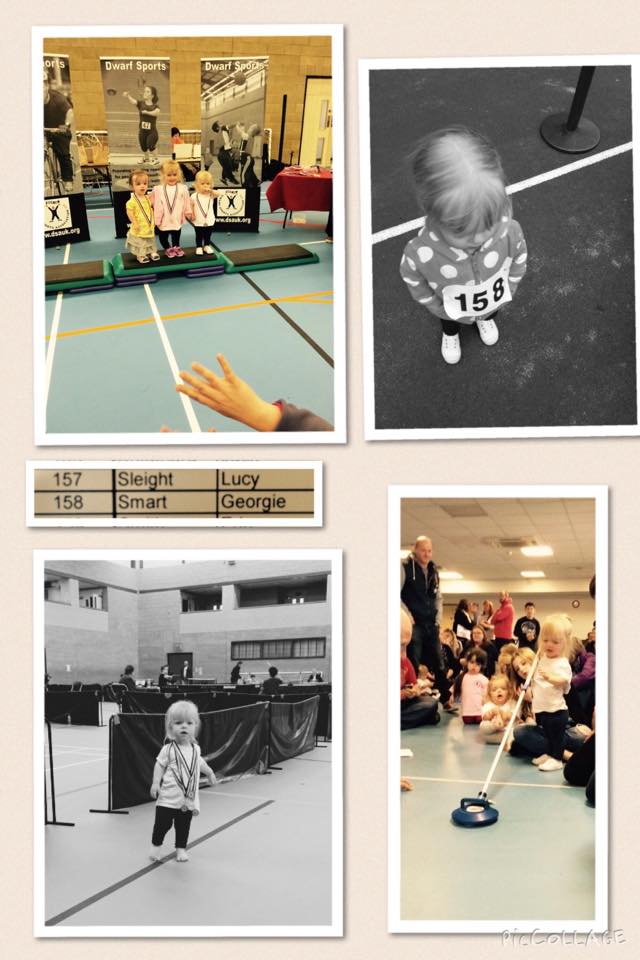 The second day of competition involved a wide variety of team and single sports. Team sports including Hockey and Basketball, both of which were highly energetic and entertaining, showing a high level of sport and fierce competition. Single sports included the frantic and highly technical Table Tennis contrasted by the steady precision and accuracy of Rifle and Pistol Shooting. There was even indoor Archery for the younger children to show of their technical ability.

Cycling events took place on the outside Veledrome; where competitors cycled against the clock over a range of distances. There was also the New Age Kurling for single and teams for the youngsters, with some excellent precision shots making all the points count.

Monday was the day for Swimming and Football, the morning involved DSAuk's annual Swimming Gala where again there were swimming distances for all ages, including lengths of 25, 50 and 100m, and the width distances for the up and coming younger swimmers, concluded by the exciting team relays. After lunch was time for the football tournaments outside in the sunshine, there were teams for Juniors, Men and the World Games Gold medal winning Womens team. All teams played matches against each other in their catergories to determine the final winners of the weekend.

Everyone from LPUK who attended the weekend had a great time, competing in sport but also making some great new friends and we are very much looking forward to next year.

We encourage anyone to attend the DSAuk events, both regionally and nationally. To find more information on the Dwarf Sports Association UK, please visit their website: www.dsauk.org